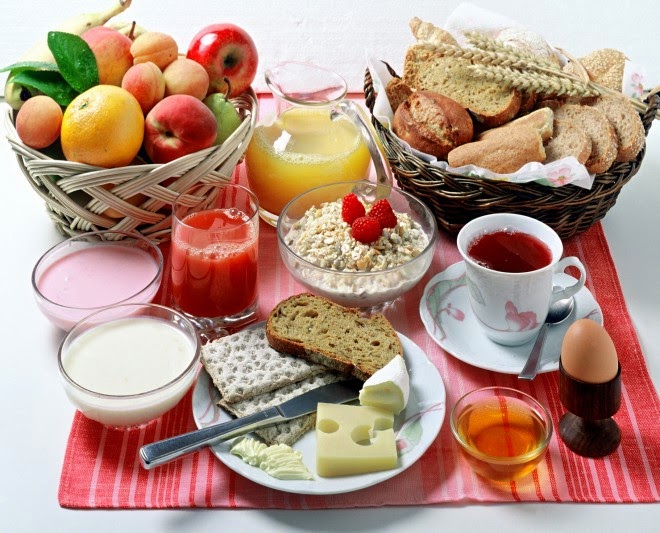 As part of the ENERGY study, school-based survey among 10-12-year-old children was conducted in eight European countries. Children's weight and height were measured and breakfast habits and family sociodemographic characteristics were self-reported by 5444 children and their parents. International Obesity Task Force cut-off points were used to categorize children as overweight/obese or normal weight. Mediation analyses were used to test the potential mediating effect of children's breakfast consumption on the associations between family sociodemographic characteristics and children's overweight/obesity.
Children's reported daily breakfast consumption varied from 56 % in Slovenia to 92 % in Spain on weekdays and from 79 % in Greece to 93 % in Norway on weekends. Children of 'native' parents (i.e. parents that were born in the country of questionnaire administration), with both parents employed and with at least one parent having more than 14 years of education were more likely to consume breakfast daily and less likely to be overweight/obese. Mediation analyses revealed that the association of parental nationality and parental educational status with children's overweight/obesity was partially mediated by children's daily breakfast consumption.

As dean of the faculty of social and behavioural sciences of the University of Amsterdam, my main goal is to promote and facilitate the best possible research and education across the faculty.

Johannes ('Hans') Brug is dean of the faculty of social and behavioural sciences, and professor of health behaviour and health education, University of Amsterdam.

He worked as nutrition epidemiologist for TNO-nutrition, the main Dutch research institute for nutrition-related research (1989-1991). He was granted a fellowship from the Dutch Cancer Society and worked for this Society until 1994 after which he started his PhD research at the Department of Health Education and Promotion of Maastricht University. He obtained his PhD in Health Sciences in 1997 and subsequently worked as associate professor in health psychology and later as dean of the faculty of social sciences at the Netherlands Open University. From 2000-2002 Hans Brug was professor of Nutrition Education and director of education at the Faculty of Health Sciences, Maastricht University. From 2002 to early 2007 Brug was professor of Determinants of Population Health at the Department of Public Health, Erasmus University Medical Center, Rotterdam. From 2007-2012 he was director of the EMGO Institute for health and Care Research at VU University Medical Center in Amsterdam